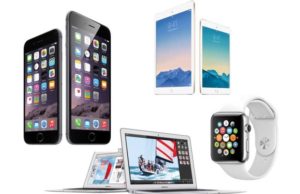 Apple released some major updates on Wednesday for iOS 10, macOS Sierra, and watchOS 3. But, before you install any OS update, back up your device in case you have problems with the update and need to revert.

You can install the iOS 10.3.3 update directly on your iPhone or iPad. The update is of nearly 84 MB, and Apple said that the update is bug-free and have security improvements. Your iOS device will need to restart. Follow these simple steps to do the installation:

You can also install the update by connecting your iOS device to your Mac and running iTunes.

The macOS Sierra 10.12.6 update is of 819MB which enhances the security, stability, and compatibility of your Mac, according to Apple. Apple’s support document also says that the update has the following updates:

The watchOS 3.2.3 update is of 26.1MB has improvements and fixes the bugs. In order to install the update, your iOS device needs to have a Wi-Fi internet connection, a battery charge of at least 50 percent, and your watch needs to be connected to a charger. Here’s how to install the update: