When anything goes wrong with your Android device you first try to switch off the device and turn it on again. Generally, we do this when the device gets hanged and screen stop responding. This generally fixes the problem as Android refreshes the system. Turn Off Hanged Android Device.

But there are some conditions where device even stops responding to the screen. In this type of situation, you can’t turn off the device. Then we simply open the back panel and removes the battery. But nowadays phones generally are coming with the non-removable battery then this way won’t work. Here we came up with a simple but very important article to Turn Off Hanged Android Device even having a non-removable battery. 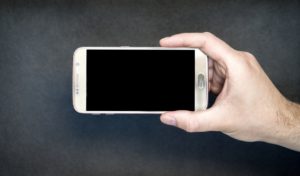 When the first way won’t work then you can use the second way that is using volume down and power key. Long press the combination till phone vibrates then phone will turn-off. There are some situations where the phone won’t start by pressing power key then won’t worry.  Long press the power key your phone will restart and will work fine.

This is an alternative for the second option as it depends on the manufacturer of the device. If Volume down  + Power key won’t work try this one it will work for sure. Keep pressing the Volume up + Power key then phone vibrates and turns off and then long press power key to restart.

Also Read: A Secret Trick To Bypass any pattern Lock on Phone

So, this was one simple method by which you can Turn Off Hanged Android Device having Non-Removable Battery. If the above methods don’t work out for you, then wait till the device battery drains out and it automatically gets switch off. In case of any queries/suggestions, you may comment down below. Our team will get back to you as soon as possible.