Games have always been there to kill our boredom and surprise us with lots of fun and new experiences. Games are developed on various genres, some of them are arcade, shooting, sports, strategy, and much more. Each genre has its own popular subcategory. Like in shooting games Modern Combat and Call of Duty are popular games. In strategy games Clash of Clans, PUBG, are popular ones. Like that, in the sports genre, football games are very popular. There are various soccer games that you can play and have a lot of fun. Apart from FIFA, we have many popular soccer games to play. The undermentioned is the list of Best Football Games for PC you should play.

Note: The below-mentioned games are the games that I’ve played from the respective series. As per your convenience and computer compatibility, you can go for latest edition as well.

List of 5 Best Football Games For PC You Should Play

Pro Evolution Soccer 5 or PES 5 is a soccer game developed by Konami and is the fifth edition of Pro Evolution Soccer series. This game facilitated the players with the feature of choosing their favorite club to play with. This game includes fully license club from the Premier League. There are three licensed leagues in the game which are Spanish Liga Española, the Dutch Eredivisie, and the Italian Serie A. This game provides real live soccer experience to the players. You can play the game by yourself or you can play it with your friends as it provides the feature of single player as well multiplayer. This game was first built for PlayStation but with time it was available on other platforms as well. 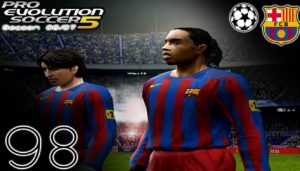 You can download this game on the Internet or buy it. This game is compatible with PlayStation 2, Xbox, and Windows.

FIFA 10 is one of the games of EA Sports FIFA series. This game is very popular among gamers because of the coolest gameplay and awesome graphics. This game is published by EA Sports. One can play the game as a Manager in Manager mode or even play in tournaments, or as a pro player too. This game allows players to create a player for himself, change the gameplay, change the player’s orientation, and much more. You can play this game is single player as well as multiplayer. You can choose any club of your choice and enter into leagues and play to win those leagues. There are many other editions of these series that are launched such as FIFA 12 and FIFA 14. The whole gameplay is same but the only differences are the upgrades in team and graphics of the game. 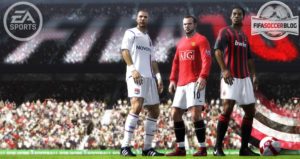 You can download this game from the Internet or even can buy it online. This game is compatible with XBox, PlayStation 2, PlayStation 3, Windows, and iOS.

UEFA Euro 2008 is an official game of the Euro 2008 tournament. This game is published by EA Sports, and developed by the team made fro the collaboration of EA Canada and HB Studios.This game comes with two gameplay modes, one is single player and another one is multiplayer. In multiplayer mode, you can get into the match with players online or even with your friends. In the single game mode, you can get into a match with Computer and take part in various leagues. 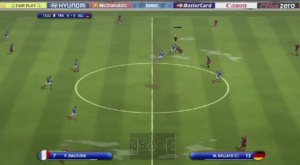 You can download it from the Internet or but it as well. This game can be played in Windows, PlayStation 2, PlayStation 3, Xbox, Java ME.

Rocket League is also a soccer game but the only thing that makes this game different from others is that instead of players, you have to play this games with the help of a vehicle. This game is developed and published by Psyonix. This game can be played in two types of mods, the single player as well as multiplayer. In this game, players need to control the vehicles and drag the ball into the opponent’s court and score a goal. This is one of the best football games for PC to Play. You have to play this game online with other players from all around the world. 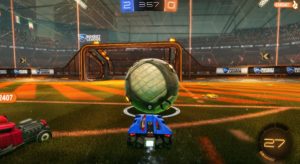 You need to buy this game on Steam or buy it from the store if you are playing it on the platform other than Windows. This game is compatible with Windows, PlayStation 4, Xbox One, Linux, and macOS.

This game is not the real-life experience like other soccer games but it is too much fun to play. The game gives extra fun as compared to FIFA as it is turn-based. The players need to lay out the waypoints for their team members so that they can follow the trail. All the morning discontinuous as there arises any disruption like pass being interrupted or the point is scored. This game can also be considered under the category of strategy games as well. 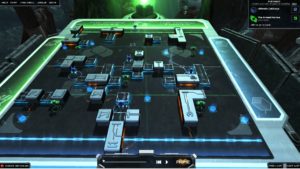 This game is available on steam. You can buy it from there. This game is compatible with Windows, PlayStation 3, and Xbox.

So, this is our list of Best Football Games For PC. There are various other games that you can look forward to playing such as Football Manager 2016, Goal United Pro, Super Arcade Football. Apart from these if you have any game in your mind feel free to share their names in the comment section below.

Best Racing Games For Android You Should Play